Spiny Oyster Pearls for Sale. Spiny Oyster pearls are rarely seen. This is a unique opportunity to buy a very special and rare pearl. 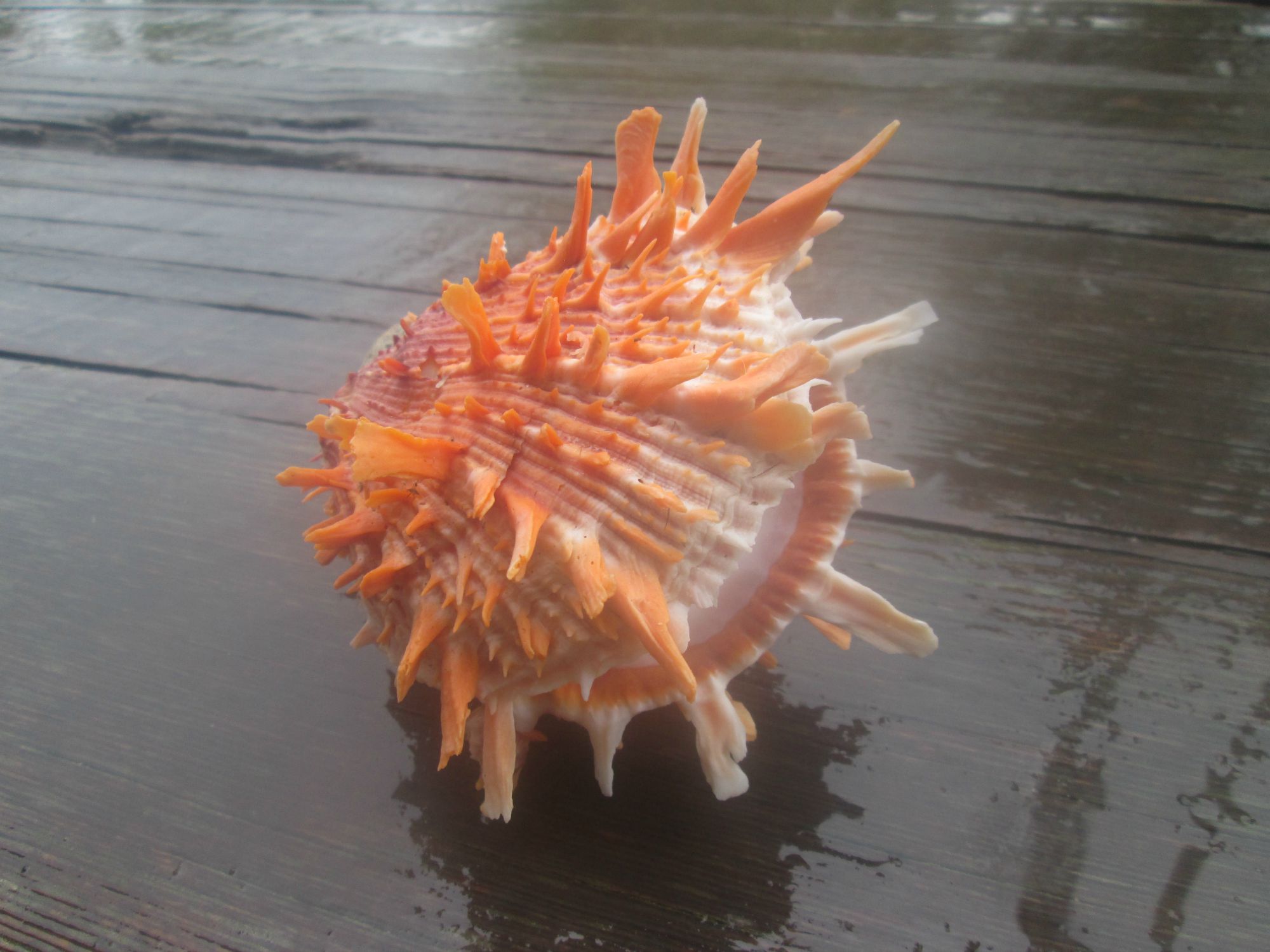 
Spondylus is a genus of bivalve molluscs, the only genus in the family Spondylidae. As well as being the systematic or scientific name, Spondylus is also the most often used common name for these animals, though they are also known as thorny oysters, spiny oysters, and as spondylids. The meat of these bivalves is edible.

The many species of Spondylus vary considerably in appearance and range. They are grouped in the same superfamily as the scallops. They are not closely related to true oysters (family Ostreidae), however they do cement themselves to rocks, rather than attach themselves by a byssus. Their key characteristic is the two parts of their shells are hinged together with a ball-and-socket type of hinge, rather than a toothed hinge as is more common in other bivalves. They also still retain vestigial anterior and posterior auricles ("ears", triangular shell flaps) along the hinge line.

Like scallops, Spondylus spp. have multiple eyes around the edges of their shells, and have relatively well-developed nervous systems. Their nervous ganglia are concentrated in the visceral region, with recognizable optic lobes connected to the eyes.

Spondylus shells are much sought after by collectors, and a lively commercial market exists in them. Wiki info.