Recently, while visiting Petra, the amazing carved rock formations in Jordan, I had some time to wait while my ambitious, young traveling companions did some high climbing and exploring. 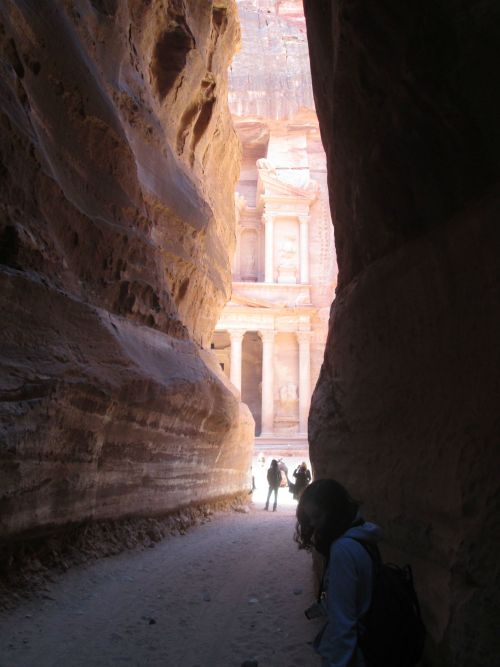 
I had seated myself on an ancient broken pillar and was taking in the stunning scenery when a young Bedouin travel guide came and sat on a near by broken pillar to visit and hopefully talk me into paying he and his donkey to take me up to the rock carved monastery. Since the dinars in my pocket were at an all time low, I knew I didn't have enough for the trip plus tip, so I just chatted away with him. After a few minutes I was quickened to ask him about his faith. 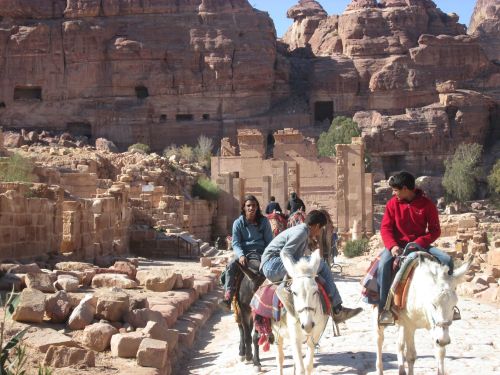 
"Do any of you (the many Bedouin travel guides at Petra) believe in Isa?"

I stunned myself with my next unplanned and bold statement. "Mohammed is dead. Better to follow someone who is alive. Jesus is alive," I boldly told him.

He appeared visibly shaken and explained it was the way they were brought up and even if he's dead they still follow him.

I explained a little about the death and resurrection of Jesus. And again emphasized the fact that Jesus is living and how it makes much more sense to follow someone who is actually alive and how following someone who is dead makes no sense.

He was somewhat speechless and said it is the way they were raised and they've always believed what they believe.

"Jesus often calls people who were raised with different beliefs," I reassured him. 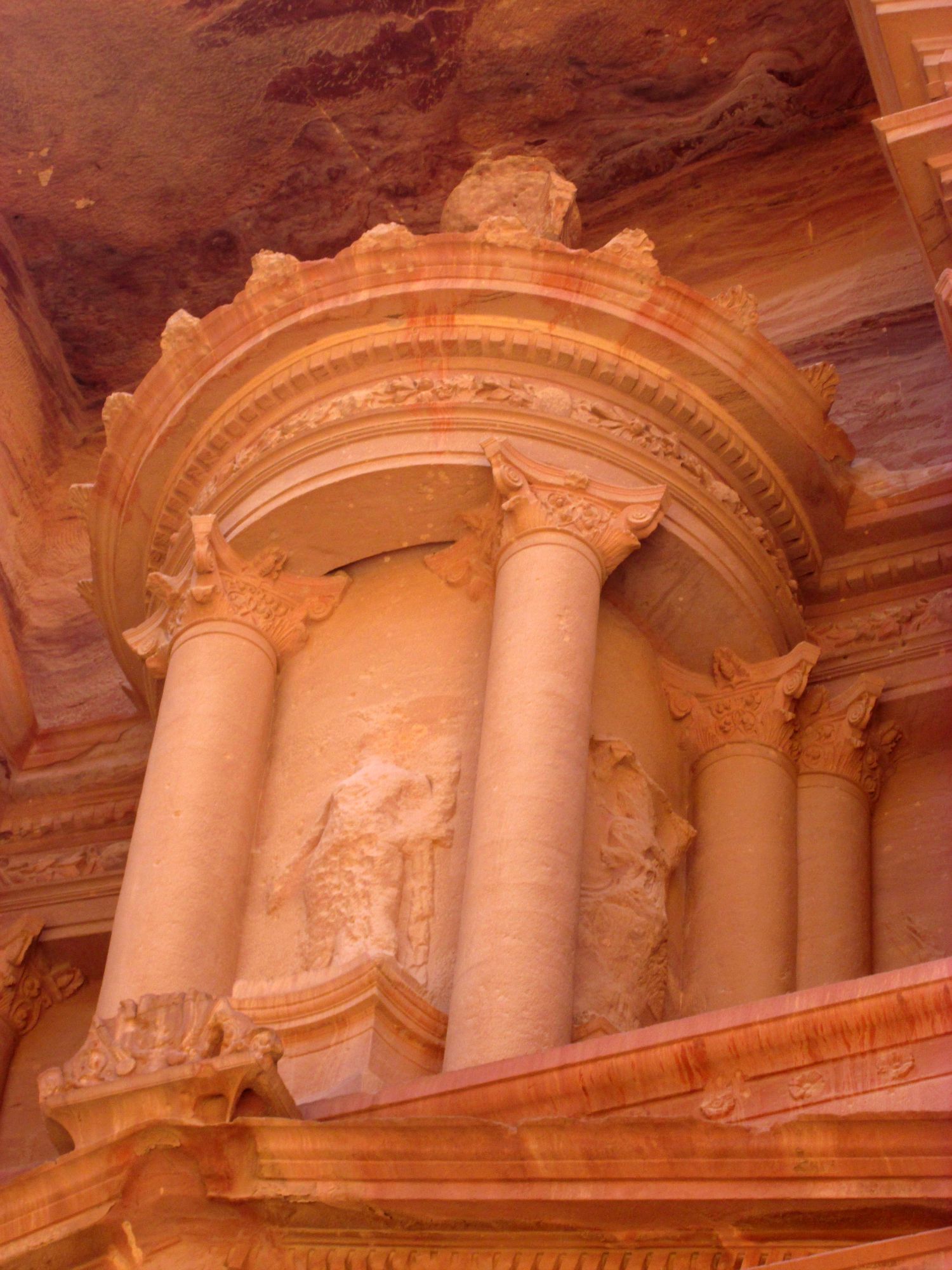 
"Islam may help you somewhat in this life, but it will do you no good when you die." I went on to explain, "Jesus said He was the Way the Truth and the Life and no man goes to the Father except through Him. Believing in Jesus is the only way we can go to heaven after we die." 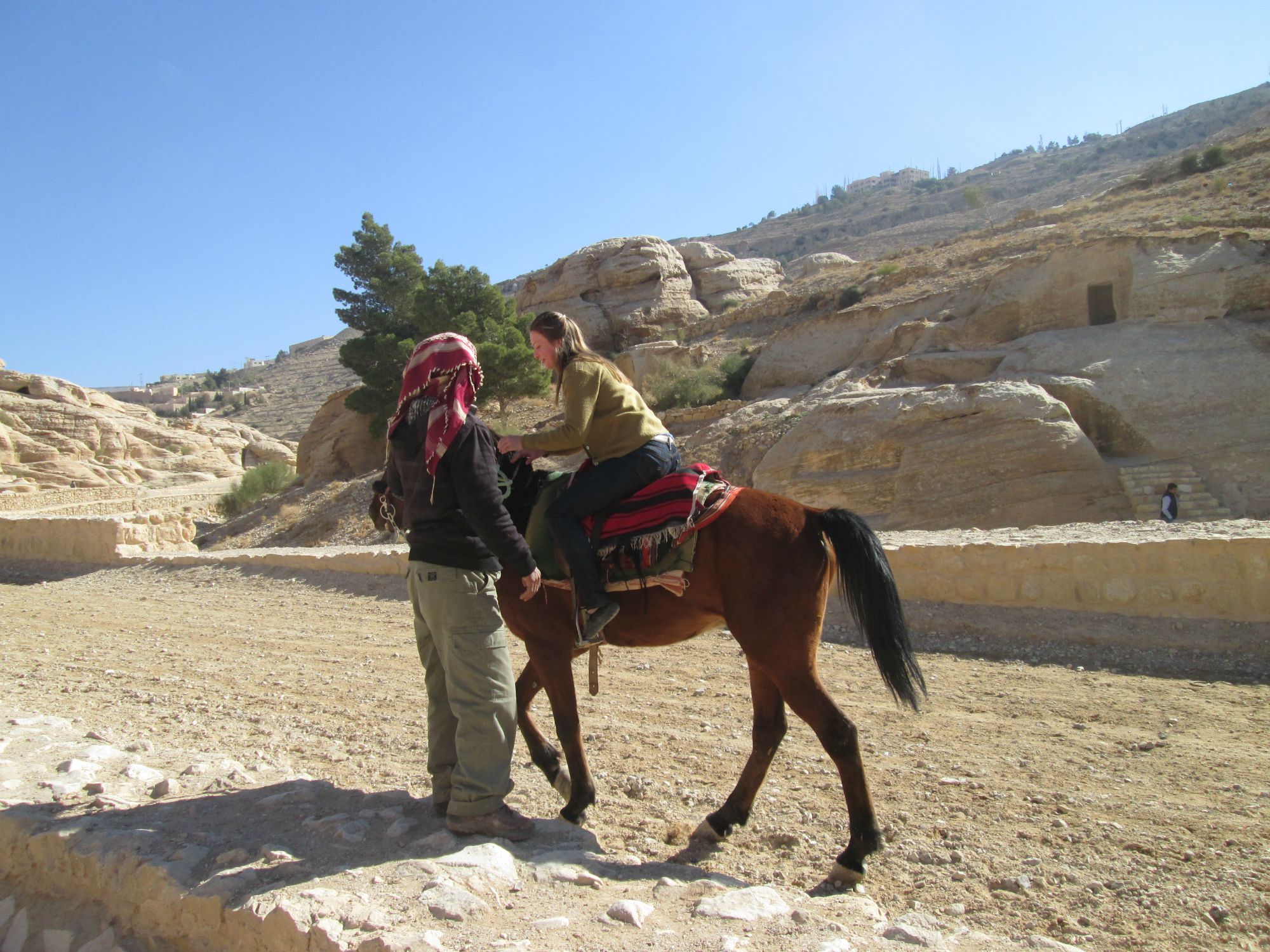 
At this point, maybe because he didn't know what to say, he got up and went behind me to talk with his fellow bored travel guides. I could overhear him saying, "She just said...." and couldn't hear the rest but I knew he was sharing what he had just heard from me. I didn't sense they were going to go ballistic but sensed more of a contemplative attitude in them. I considered turning around and talking to all of them but instead felt led to sit quietly for awhile and then quietly get up and move on after a few minutes.


I was surprised at the bold, directness that Jesus led me to use with this young man. Normally, I am not this bold when witnessing to Muslims, but it was said with compassion and truth. The truth sets people free, not wishy washy niceties. I had a sense of a Godly calling on this young man's life. Please join me in praying that he have a life-changing encounter with his Savior.