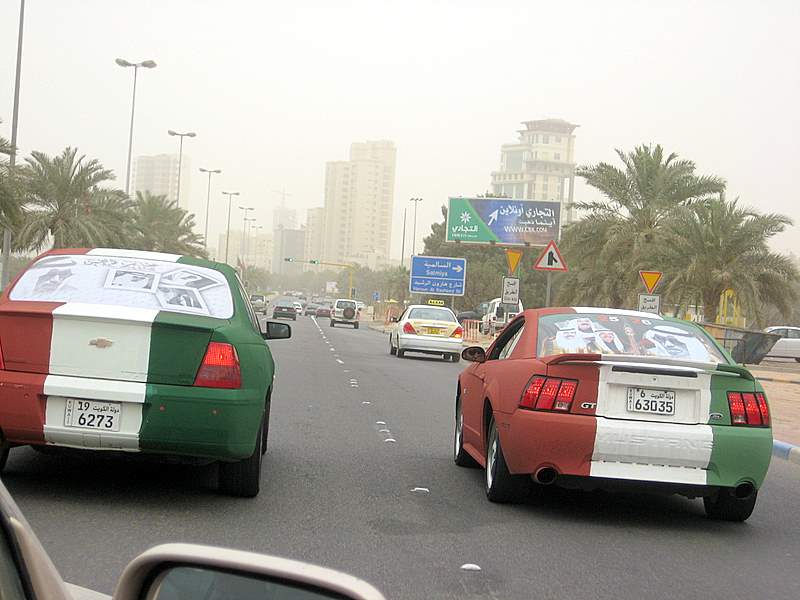 
I arrived in Kuwait on February 21 and even the water towers were aflame with colorful red, white and green lights...."for the Independence Day celebration"...I was told by my driver from the airport to Kuwait City.

I soon discovered that Kuwaitis love to celebrate their independence and evidence was everywhere that the big day was only around the corner. Kuwait Independence Day is on February 25. Huge banners, colorful cars, like these were cruising the streets with gusto. 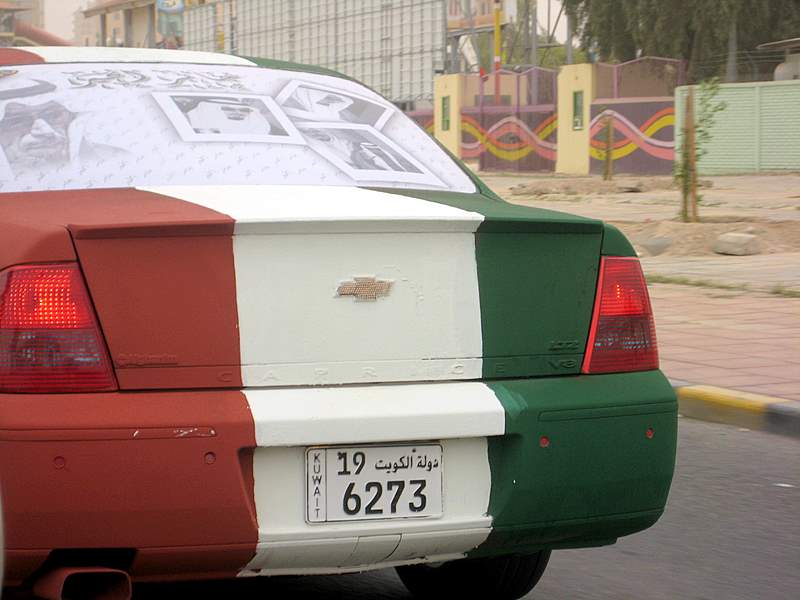 
When these flag colored car owners spotted my camera reaching out of the taxi window for countless photos as I zoomed through the streets they must have thought.."Ahhh, a tourist who loves to take photos of maybe us and our painted cars!" So, they sidled up beside my taxi driver and motioned for me to take photos. I willingly obliged! And the taxi driver laughed! 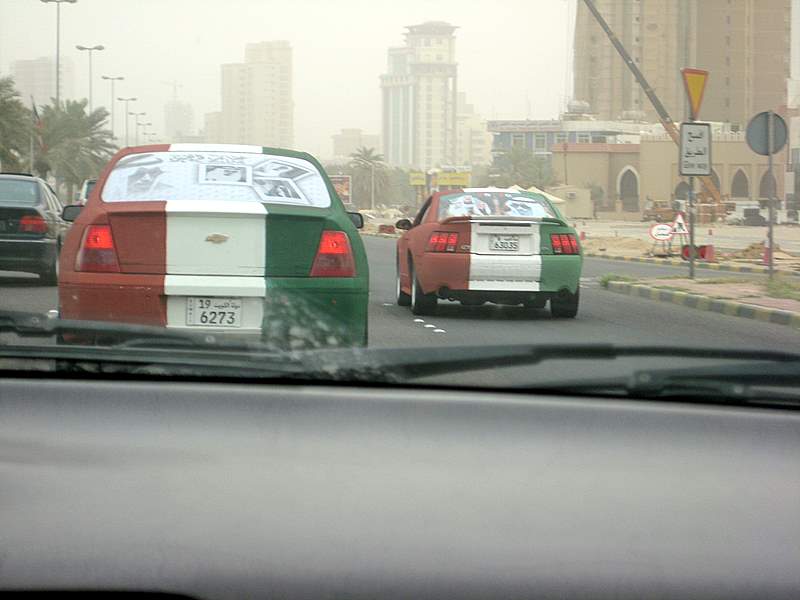 
I also got to add my "two bits" to the fun, when, as I was leaving a mall, I spotted a table with a white cloth on it. It was a five kilometer....yes, kilometer!....long banner that folks could write on and express their wishes for Kuwait Independence Day. There were black, green and red marker pens provided and I couldn't resist adding my well wishes for Kuwait!

I wrote my best wishes...that the Lord Jesus Christ would richly bless Kuwait! in red, black and red and drew a big heart around it.

The USA has invested precious lives into Kuwait and I want God to bless that country. My nephew, David Ose, fought in both Gulf wars...his medals are impressive. 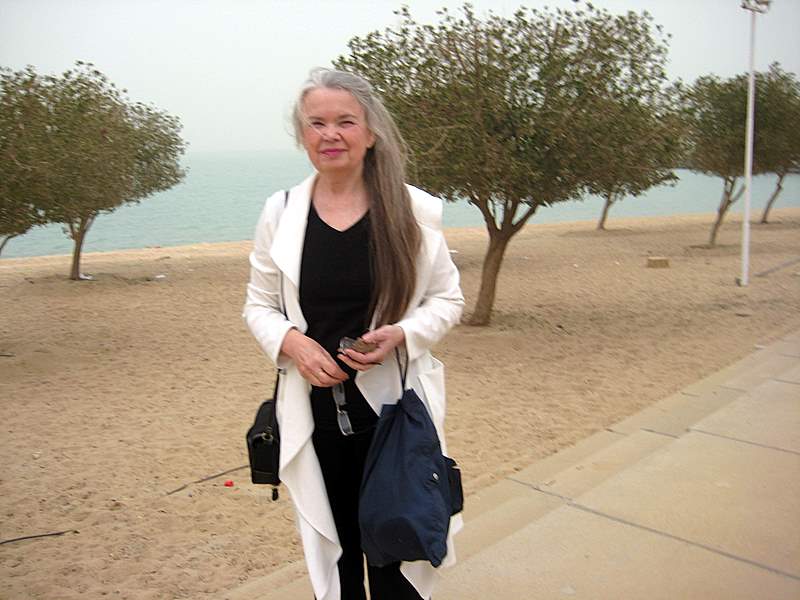 
As I stood on the shore in Kuwait City I wondered if natural pearls were found there. After I arrived home back to Iowa, I received this post from Kuwait to Karipearls.com, my website about pearls.

If these photos look a little foggy....don't believe it. It's dust!


See where else I've been after Kuwait Independence.