Could this be a Tridacna Gigas Pearl?

This object was found in a giant clam shell in the Philippines. What is it? Could it be a pearl? It obviously doesn't look like a pearl, but could it be one?

The piece is most interesting with the shape of the inside of a tridacna gigas shell, but I just don't see how it could grow that way without being totally attached to the shell. 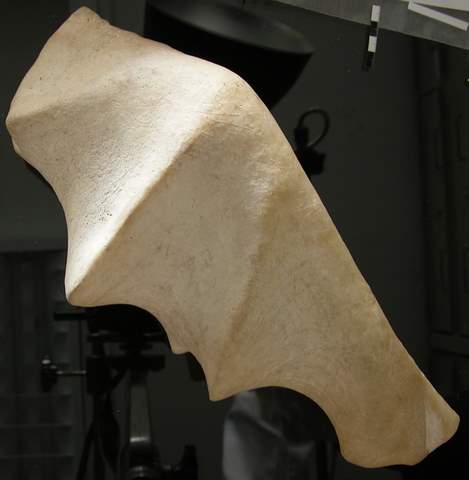 We spent the day running around speaking to any geologist and malacologist who would see us. They were all impressed by the specimen, some calling it beautiful, but none had a definitive opinion as to what it was exactly.


Some of the opinions we got were: a deformation of the tridacna gigas shell itself; a calcium deposit of some sort; a bone formation (?)...well, that's about it actually. 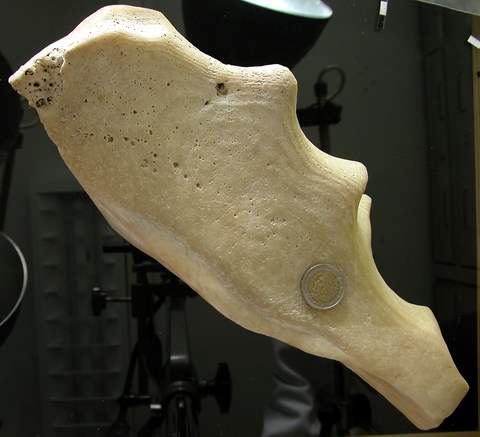 The consensus was that it isn't a pearl, however. They were all anxious to send us somewhere else, of course, including the international conchology conference coming to Paris on March 7-8. I think we will see what we can find out there. 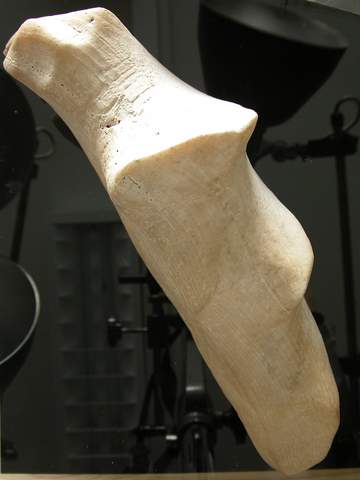 
In the meantime, one of the geologists we saw was kind enough to take a few pictures of the object that I have attached to this email in the hopes that you would consider posting them on your site so that some of your learned visitors may share their opinions as to what this striated, very dense formation could be...? What do you think? 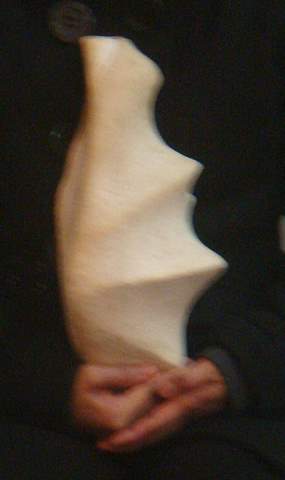 Alternatively, or in addition, if you have any contacts who specialize in strange formations that may occur in mollusks I invite you to share these pictures with them as well (btw- the coin that is in the photo is a 2 Euro piece which is almost exactly 1 inch in diameter).

Join in and write your own page! It's easy to do. How? Simply click here to return to Giant Clam Pearls.