In April, 2009, the New Meadows Lake opened for clam harvesting for the first time since it was closed in 2005 due to pollution. It didn't take long for clammers to realize the lake was teeming with quahogs, so much so that Brunswick Marine Resources Warden Dan Devereaux says an individual clammer could be taking out as many as 5,000 clams a day. The numbers were "absolutely unheard of," says Denis Marc-Nault, state biologist and supervisor of Maine Department of Marine Resource's Shellfish Management Division. "You should not be seeing a huge density like it."

Word got around quickly, and clammers came from near and far. Because the lake is sub-tidal, it falls under state rather than town jurisdiction. Anyone with a commercial license could take advantage of the rich resource. On some days, there could be as many as 60 or 70 boats on the lake, with people using everything from a bull rake to homemade dredges to bring up the clams, which included smaller littlenecks, cherrystones and chowder quahogs. 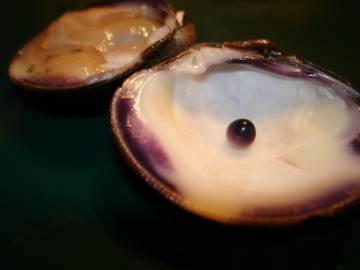 With such massive harvesting, clammers began to worry about depleting the supply. With Devereaux, the Maine Clammers Association (MCA) approached the Department of Marine Resources to recommend that some rules be put in place to protect the resource.

Emergency regulations were enacted for April through June, however they were not in place during July and almost all of August. After a public hearing on July 6, the rules became permanent on August 23. The rules permit "hand digging with a clam hoe or bull rake, hand-raking, hand tonging or picking quahogs out of the mud by hand." Dredges, diving, and pumping are prohibited. The rules also prohibit night fishing and cutting through ice to fish.

Devereaux says the prohibition against cutting through ice, which some clammers object to, was enacted for two reasons: concern for the safety of winter recreational users on the lake-it is a favorite place for ice boating-and to keep clams from being left on the ice as harvesters fished for more. "Quahogs are temperature sensitive," he says, "and some of them would freeze. This becomes a public health concern."

Chad Coffin, president of MCA, says although association members support the regulations, they also believe the night prohibition should be lifted, at least on the hottest summer days. "When the temperature goes above 80 or 90 degrees, the extreme heat is detrimental to the harvested clams," he says. "To have a safe product, we would be better off fishing at night."

Ever found a quahog pearl?