Travel to Turkey and Visit Cappadocia

Travel to Turkey and investigate Cappadocia where ancient history pulsates through everyday life.

The second church 200 meters from the entrance steps is Sumbullu Kilise or "Church of the Hyacinths" which had elaborately carved entrances on the second level. 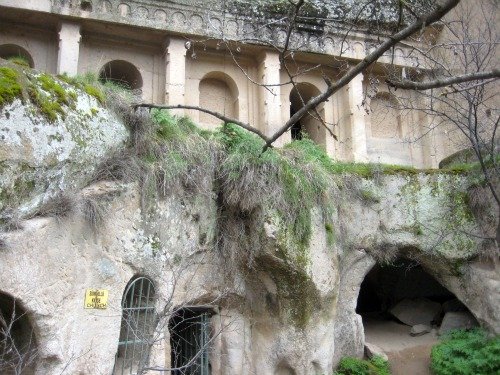 Sumbullu Kilise or "Church of the Hyacinths"


The church shows Greek influence but the frescoes have been badly damaged. 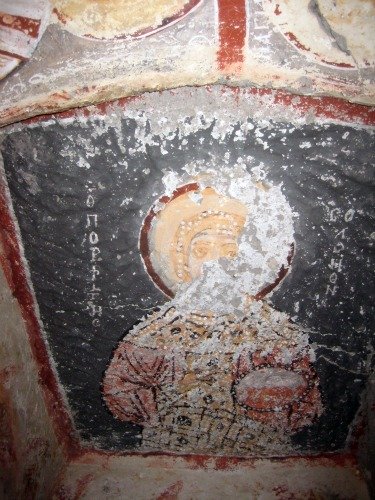 
I was just "getting going" on this Ihlara Valley hike and took several photos of this church. As my energy waned onward during my trek my photos decreased as my goal became to simply "survive" to the end. 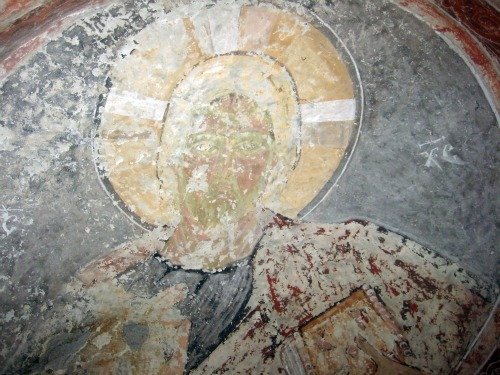 
Viewing some of the churches required vertical ascent up steep paths, often without steps of any kind. I do well on horizontal planes, but as soon as vertical is added, my breath slips rapidly and I need to go very slowly. Wearing slippery dress shoes did not help. Bring good hiking shoes if you go here. 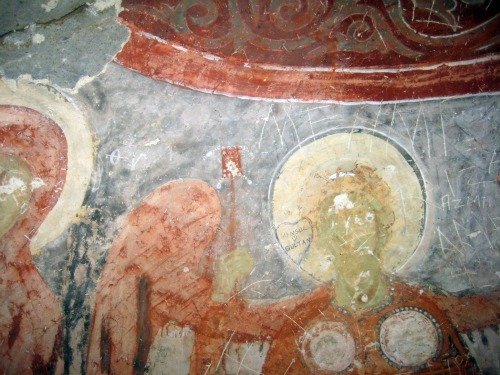 
John & I separated about here. He could go much quicker without me and he wanted to explore the churches on the other side of the river as well. 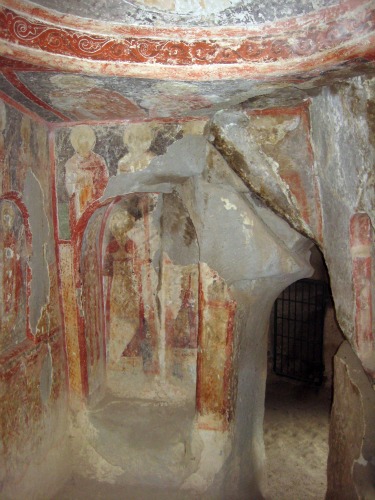 
John also told of venturing far into the caves, finding deep dark holes covered with thorny vines and exploring where tourists normally do not go. I wonder if they've ever "lost" anyone here? 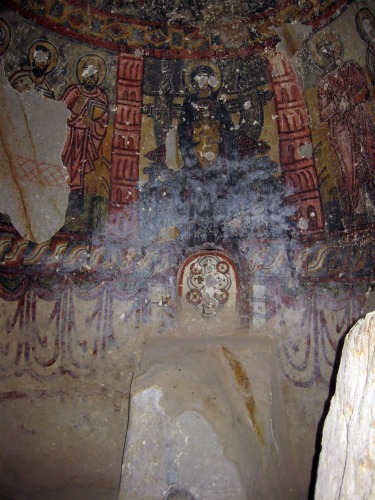 
I took my time as usual and was very glad that I wasn't attached to any sort of tour. I would have held them up miserably and become a pesty nuisance to the guide. 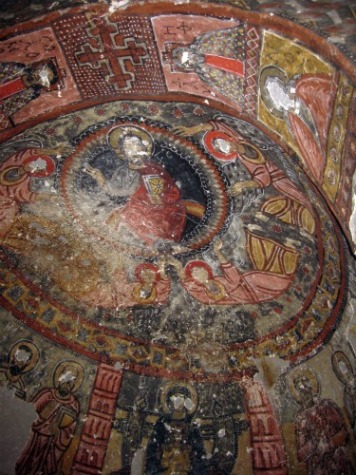 
Ihlara Valley is a fertile gorge cut by a deep green river between red cliffs and is as beautiful place as you can conceive. If you add some of the most attractive and interesting churches and rock-carved villages in the Cappadocia region, it's easy to see why the valley is an increasingly popular destination. 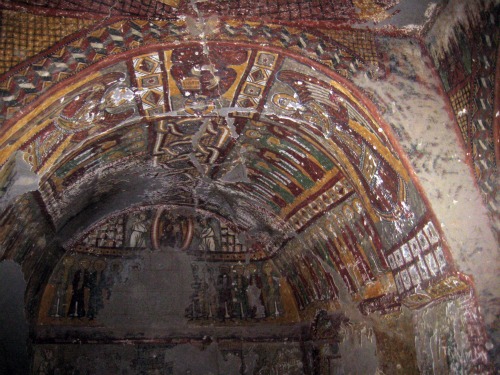 
Most come only as part of a day-excursion from Urgup or Goreme, but to appreciate the valley at its best (early morning and early evening) try to spend a night in either Selime or ihlara villages. 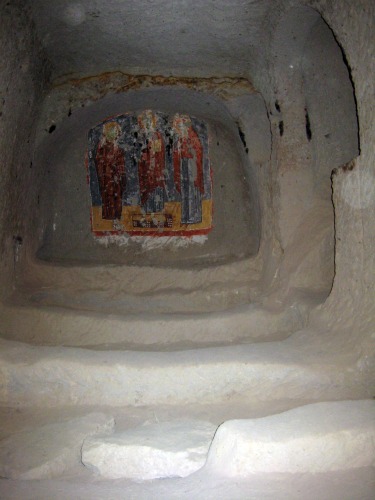 
A niche with carved "pews" or seats for church goers. Think of the fiery, inspiring sermons that have been preached here! 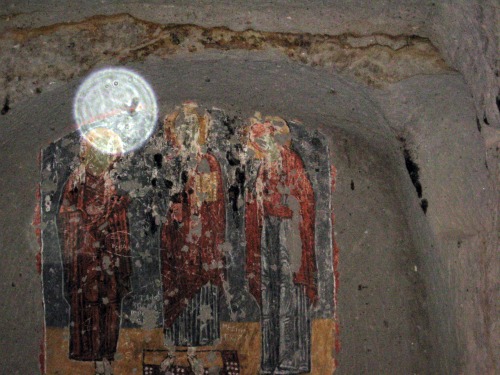 
The painting of halos is extensive in this church and here is a modern day "halo" or perfectly round "orb" that showed up on my photograph. Some think these show the current presence of angels. What do you think? 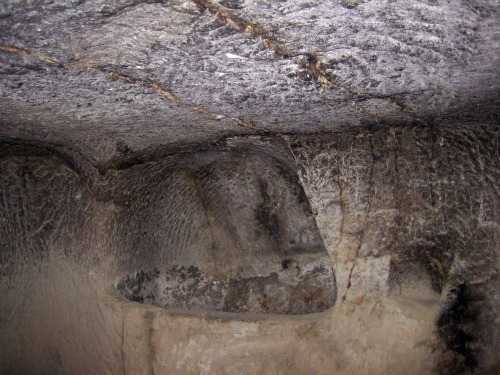 
Maybe this was for baptisms?

(Details of Ihlara Valley thanks to Rough Guides.)