Johnerik in Lisbon, on assignment from Mossad to return the priceless Allah Pearl to its rightful owner.

JohnErik on assignment with Mossad in Lisbon, Portugal, to return the priceless Allah Pearl to its rightful owner.

Danger lurked on every side as John researched diligently to find the location of the rightful owner of the Allah Pearl. 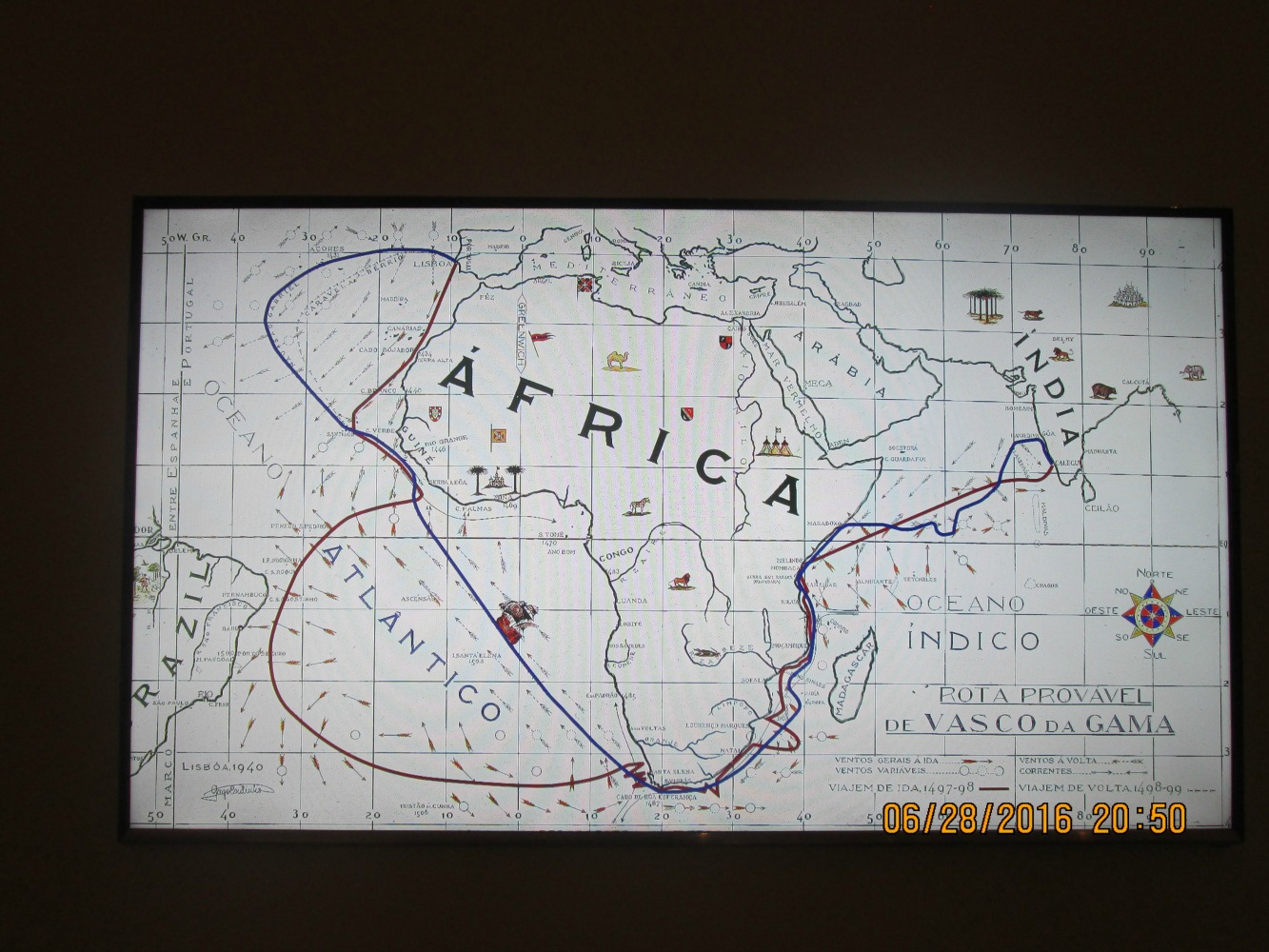 Africa seemed the most likely continent but upon further investigation, Johnerik was given a lead that steered him clear of Africa and directly to Lisbon, Portugal. 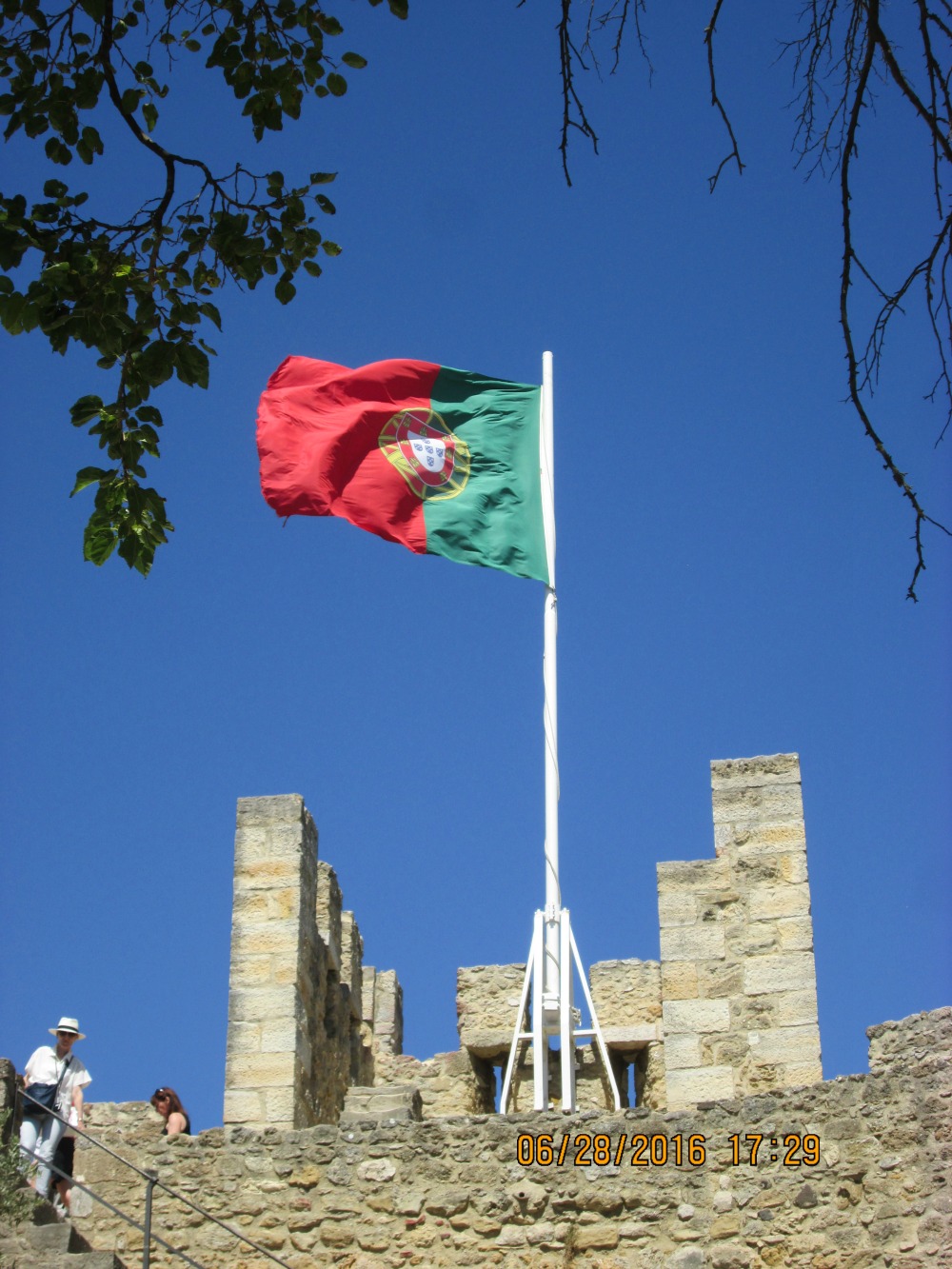 As an undercover agent for Mossad Intelligence Agency his identity should have been secure, had it not been for the diligent eyes of the Portuguese Interpol Police, 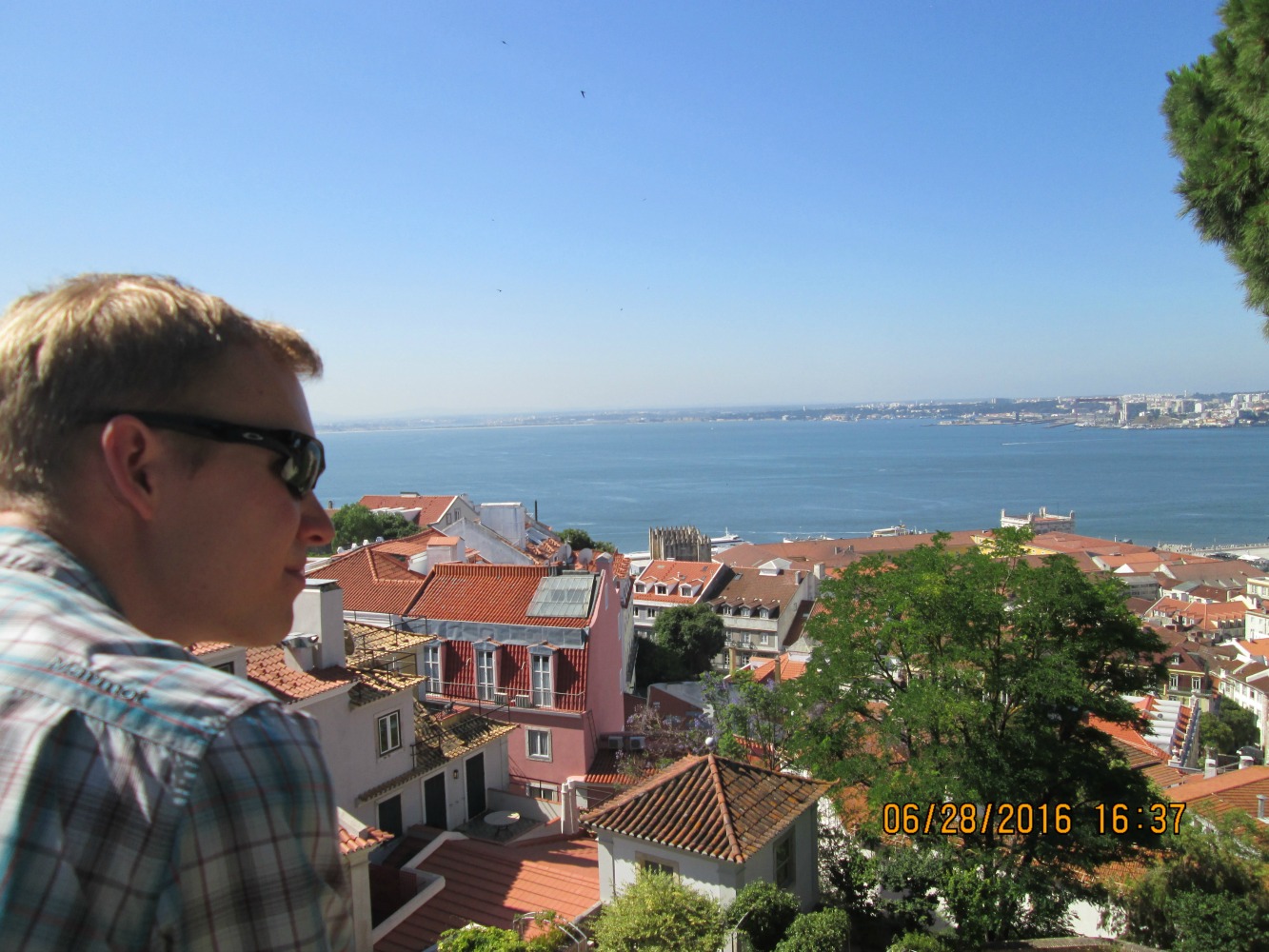 who spotted him as he scanned the ancient city of Lisbon secretly making his planned route for the safe return of the Allah Pearl. 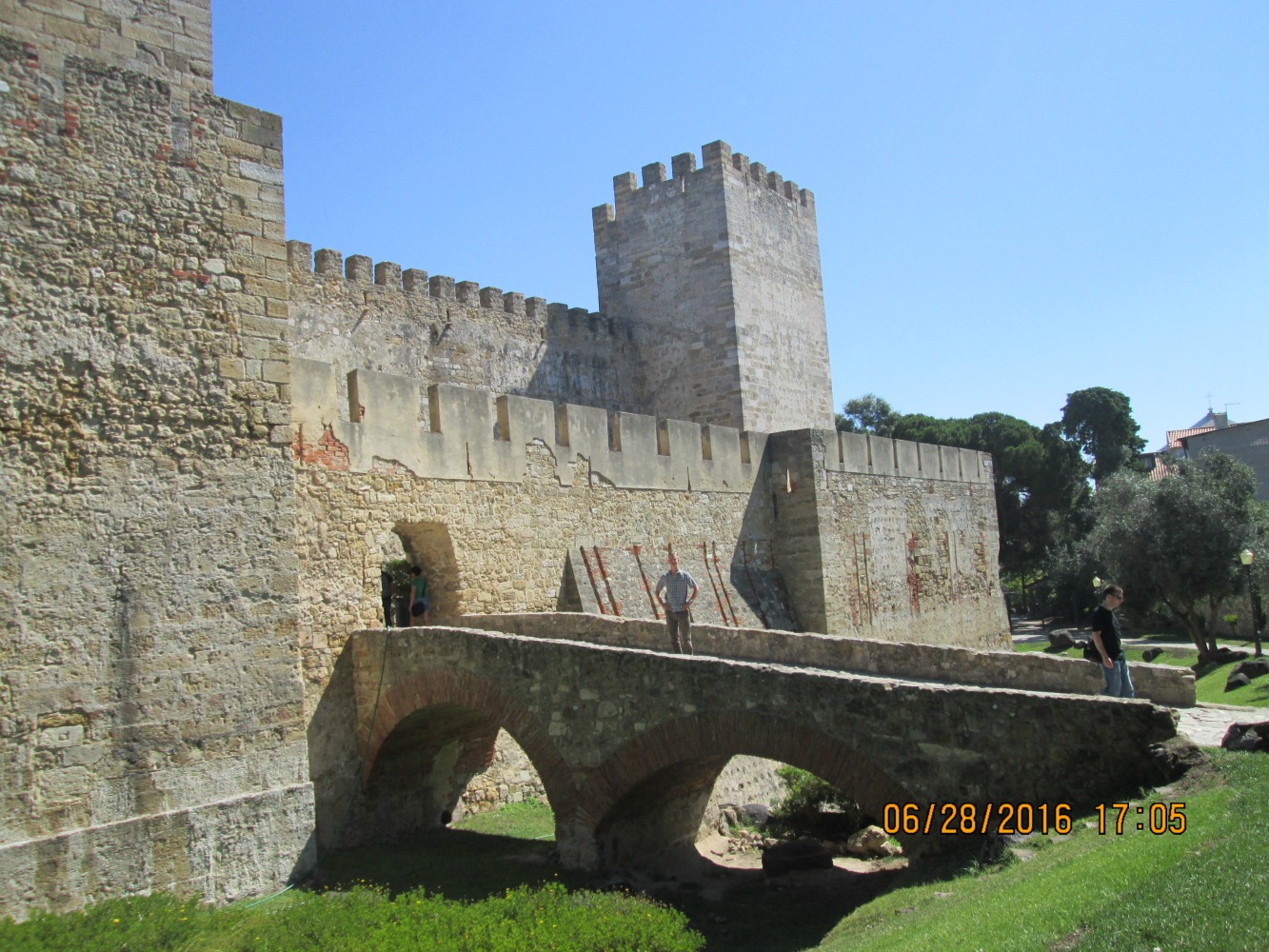 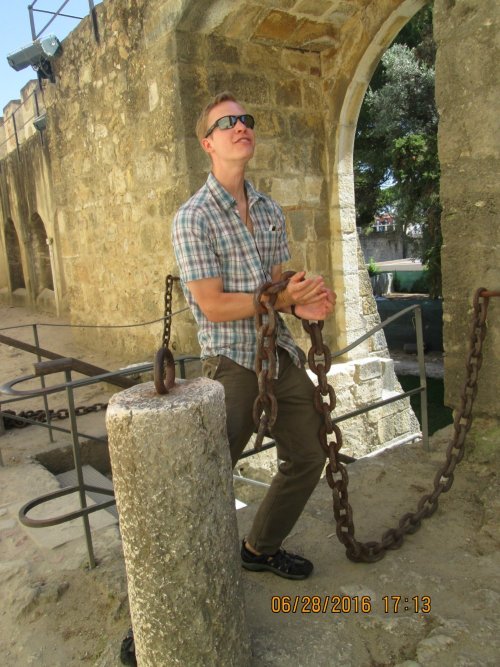 and put on public display to deter any other undercover agents from thinking they could roam about Lisbon freely without consequences. 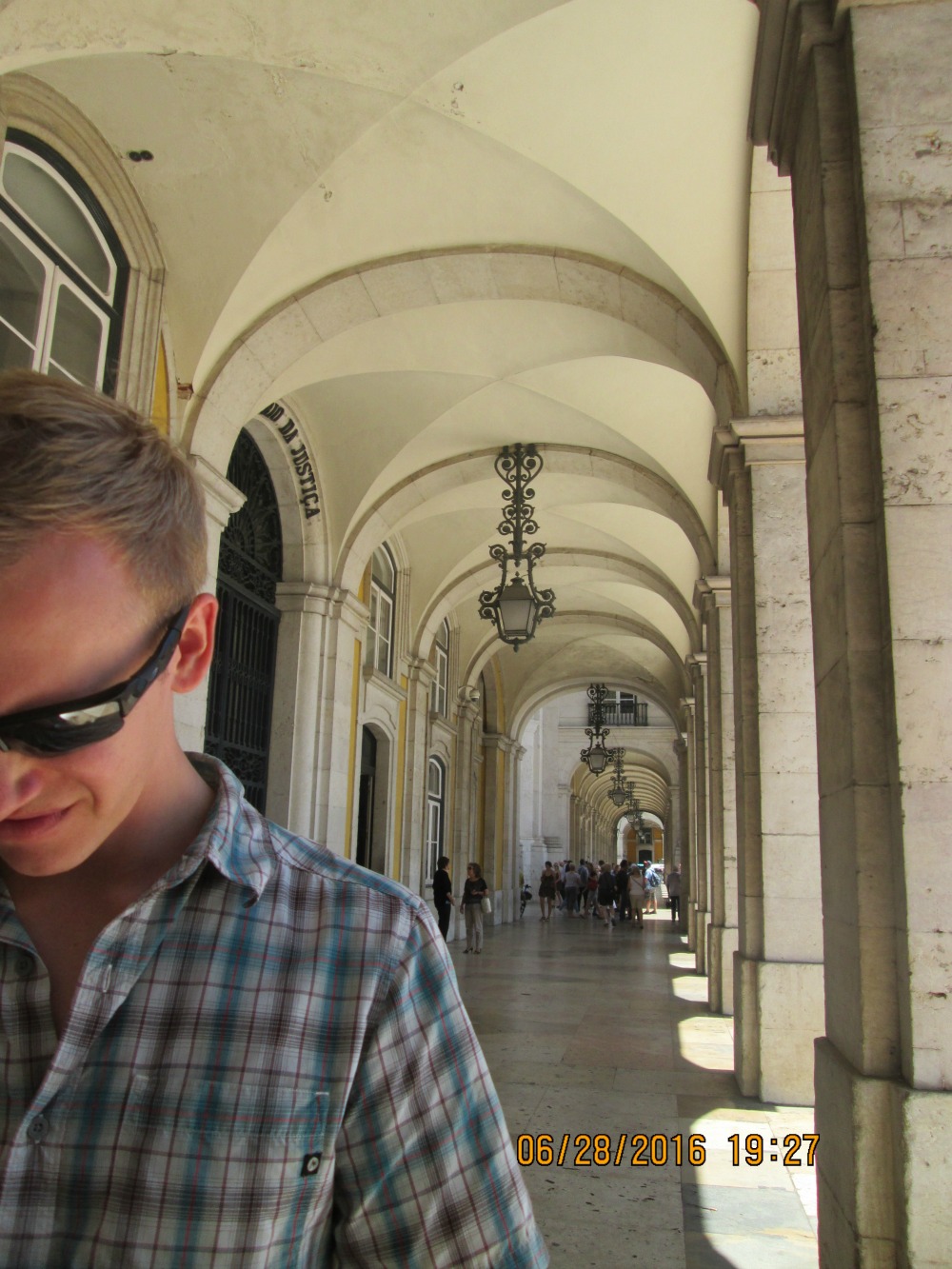 Using skill and cunning which he learned from growing up at Anderwood with four older brothers, he managed to escape but had to be careful to retain his sunglasses disguise so as to meld into the flow of normal tourists. 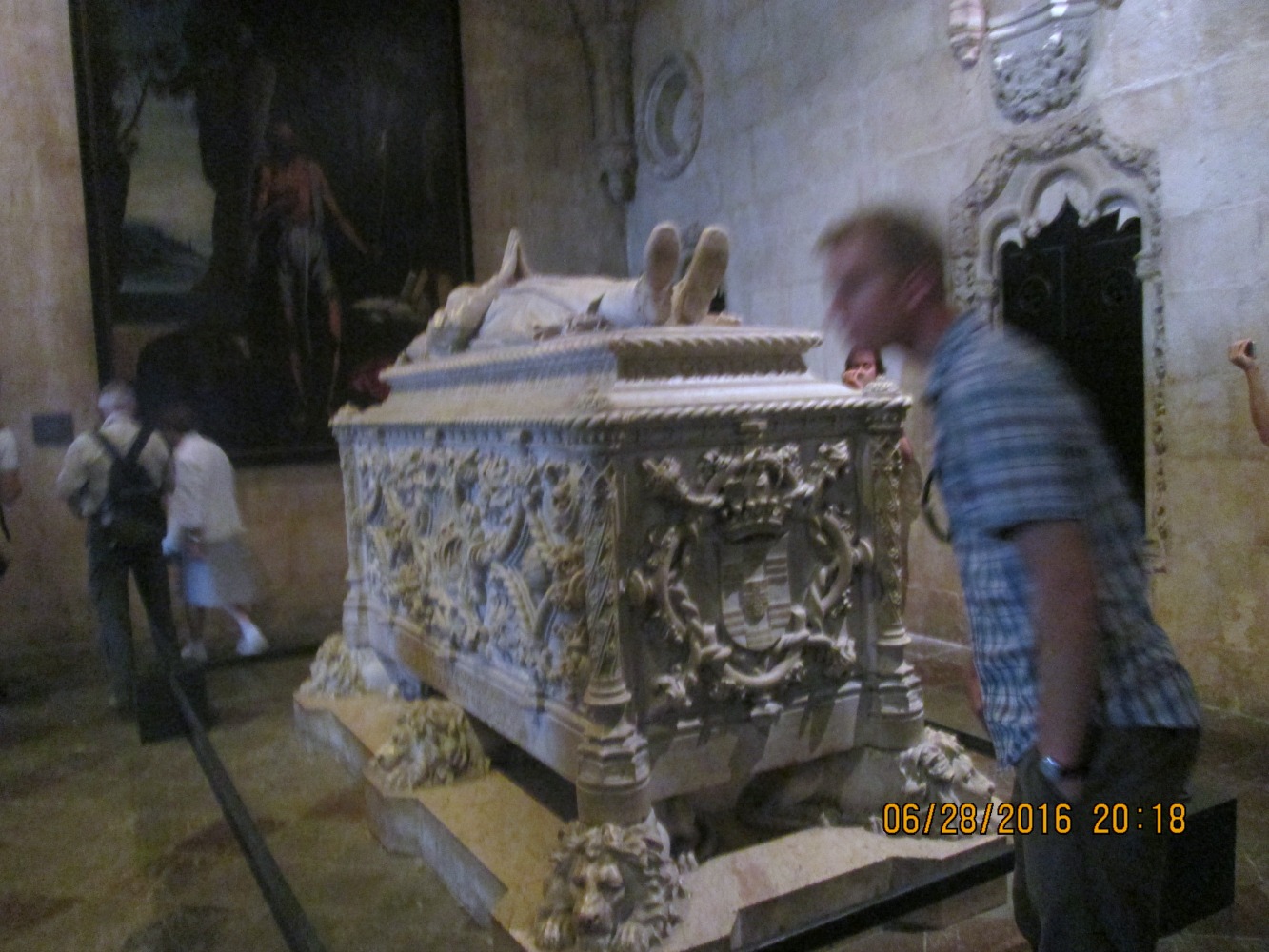 Knowing that now the Allah Pearl was no longer safe being on his person, he worked at the speed of light and placed it in the most secure hiding place possible in all of Lisbon - Vasco Da Gama's Tomb! 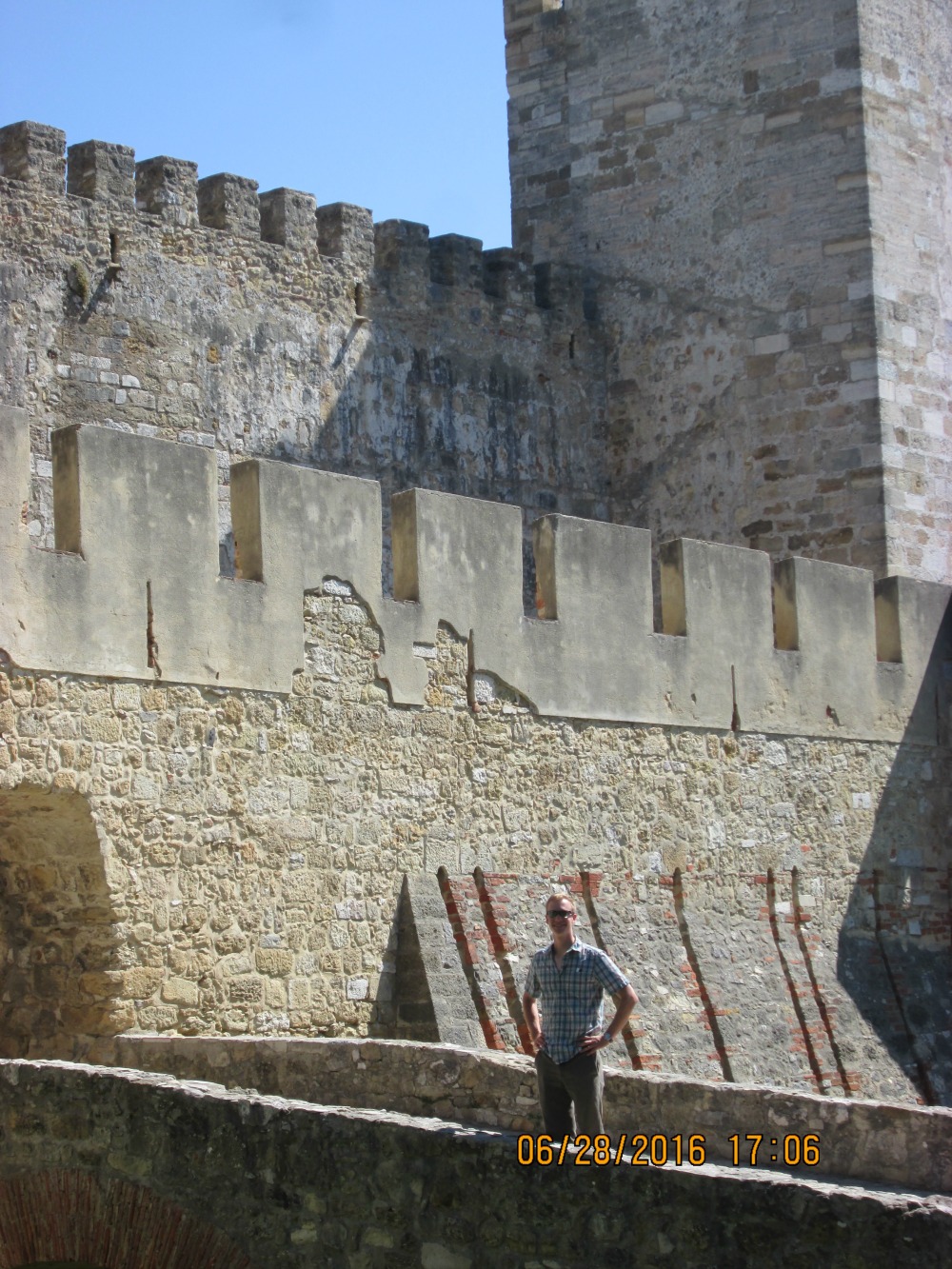 Now that the pearl was safe and sound, Johnerik couldn't resist revisiting the place of his capture and escape...the castle on the hill, plus, he had other motives as well for revisiting the castle. 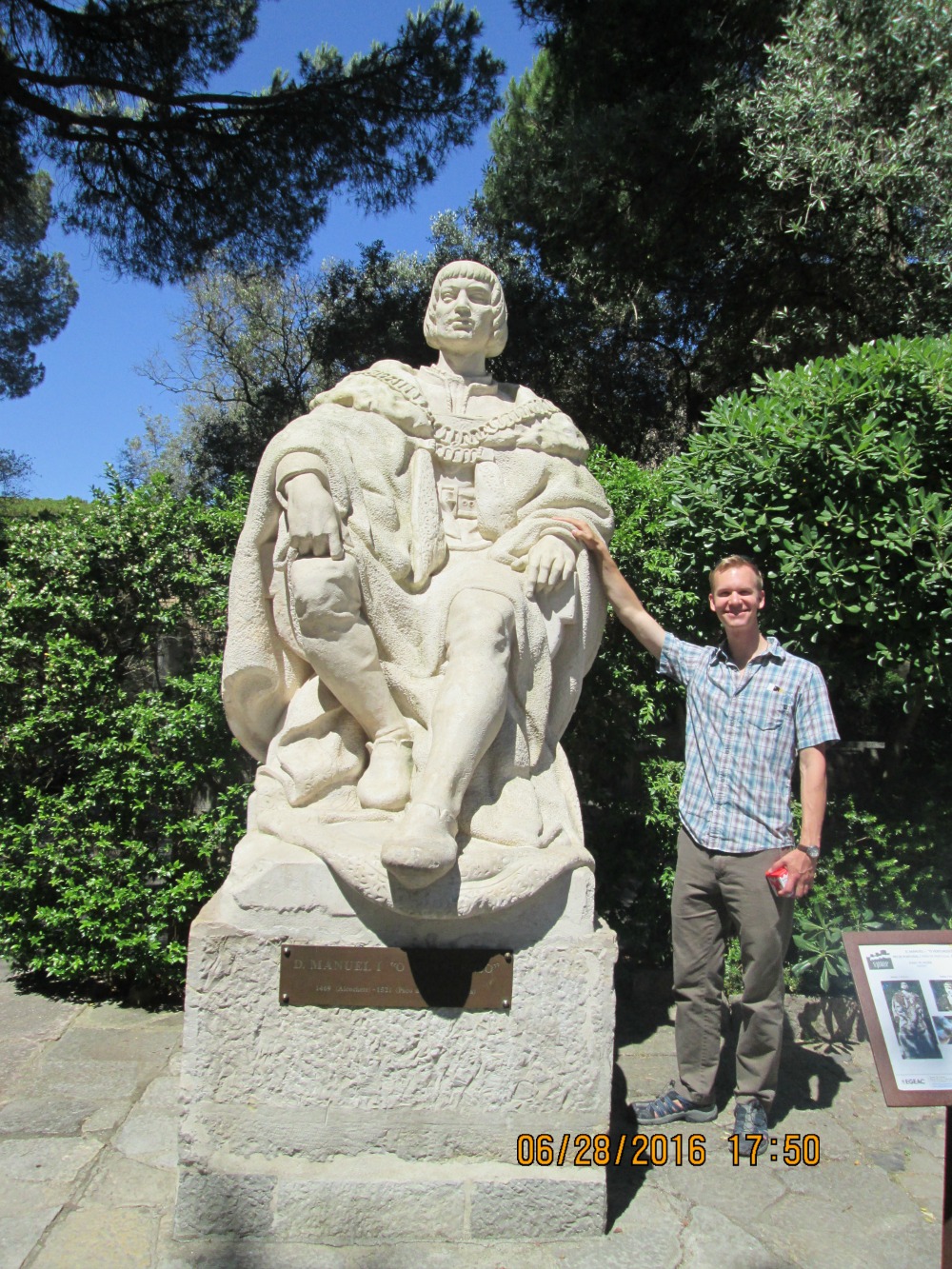 He wanted to pose with his hero, King Manuel, for a photo! 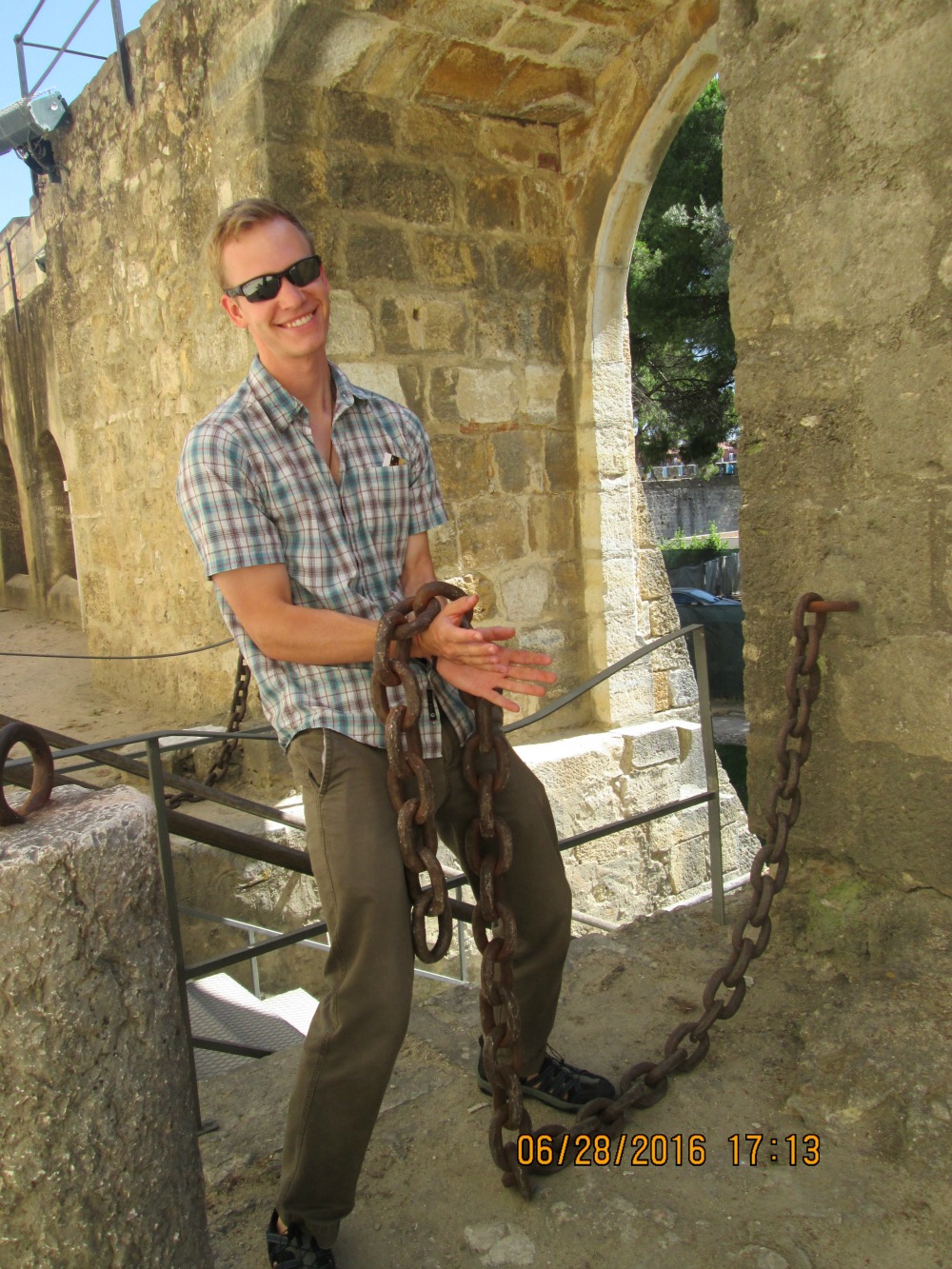 He also wanted to relive and get a photo of those frightful days he spent on public display in chains at the castle gate. 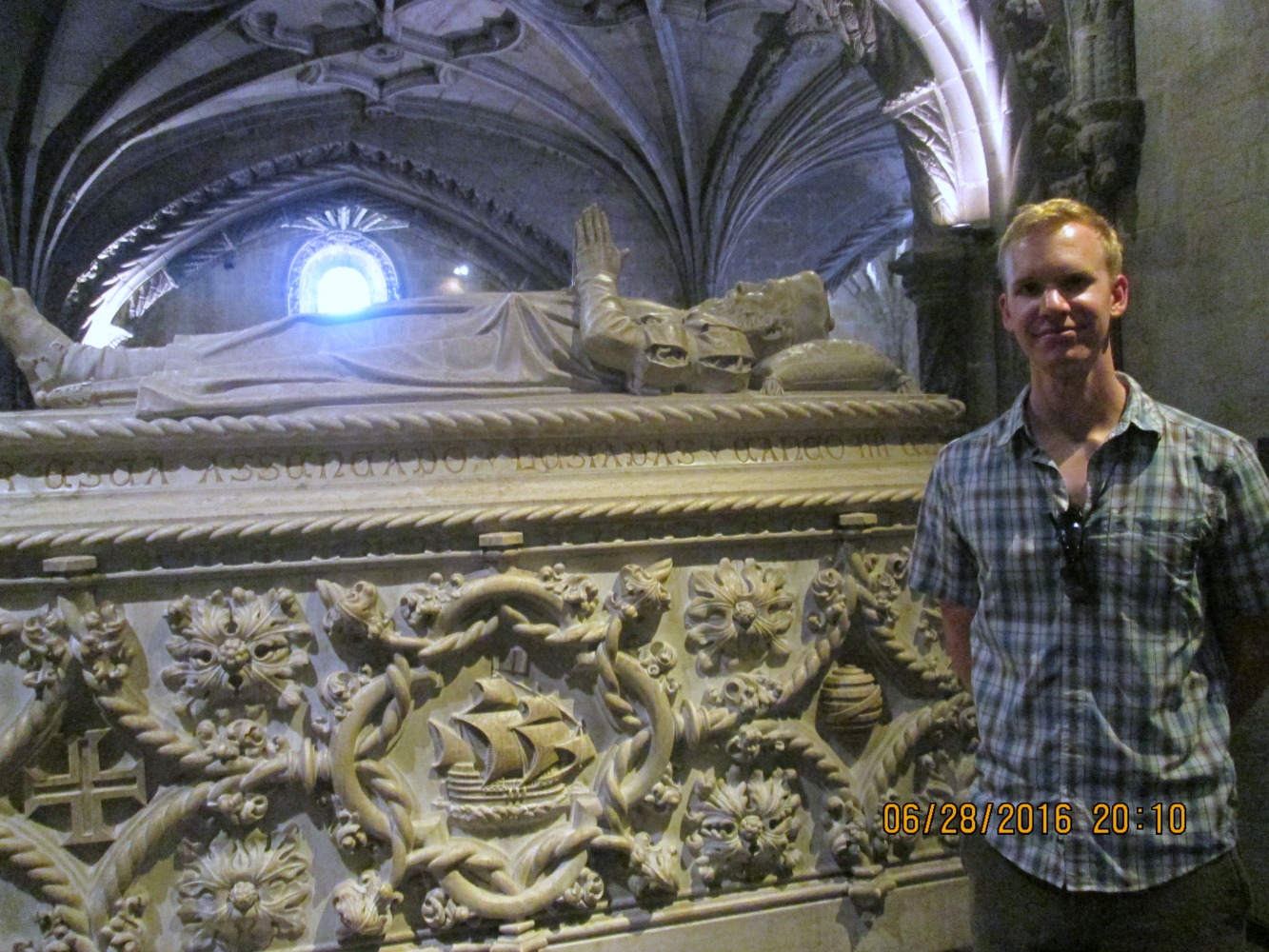 Ah, yes, back to business for Johnerik, ever the man mindful of his duties. The pearl must be returned, so posing as an innocent tourist first retrieved it from Vasco's tomb. 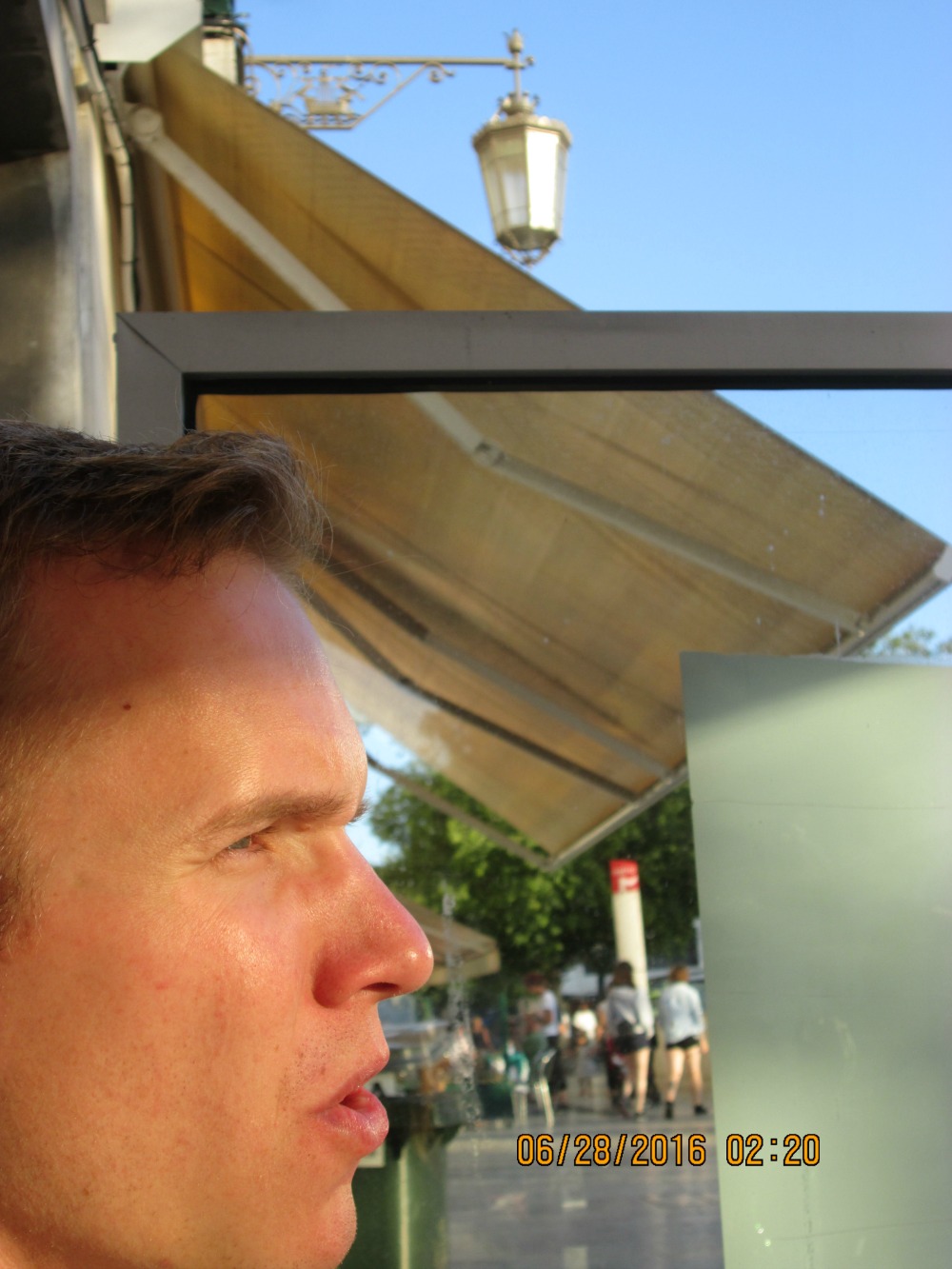 He had to really be on the constant lookout now again since the pearl was again on his person. He knew the Portuguese Interpol Police would be searching for him. 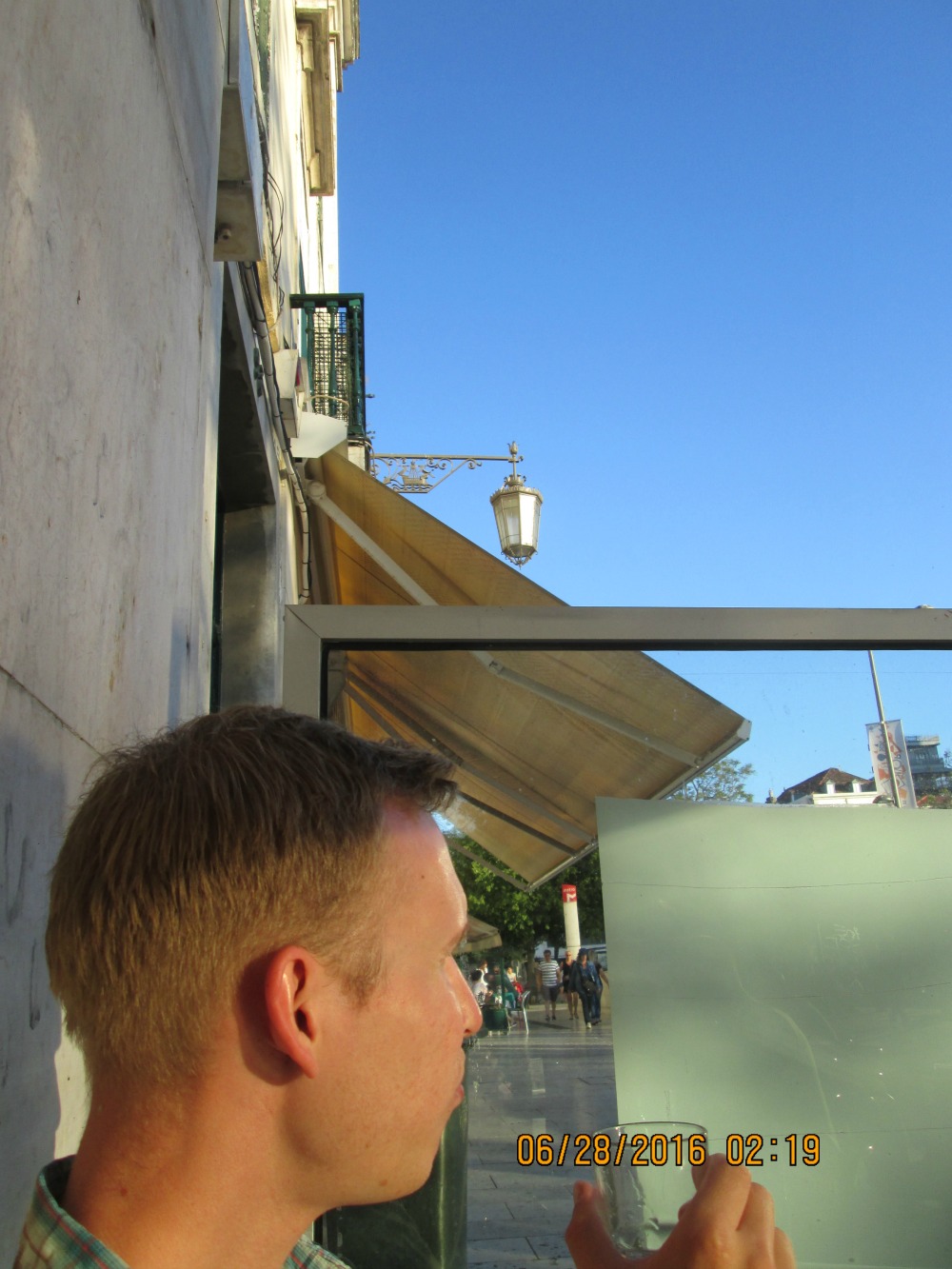 "Oh, dear, there they are! They might spot me. I'll just hide the pearl in my mouth with my tuna sandwich." 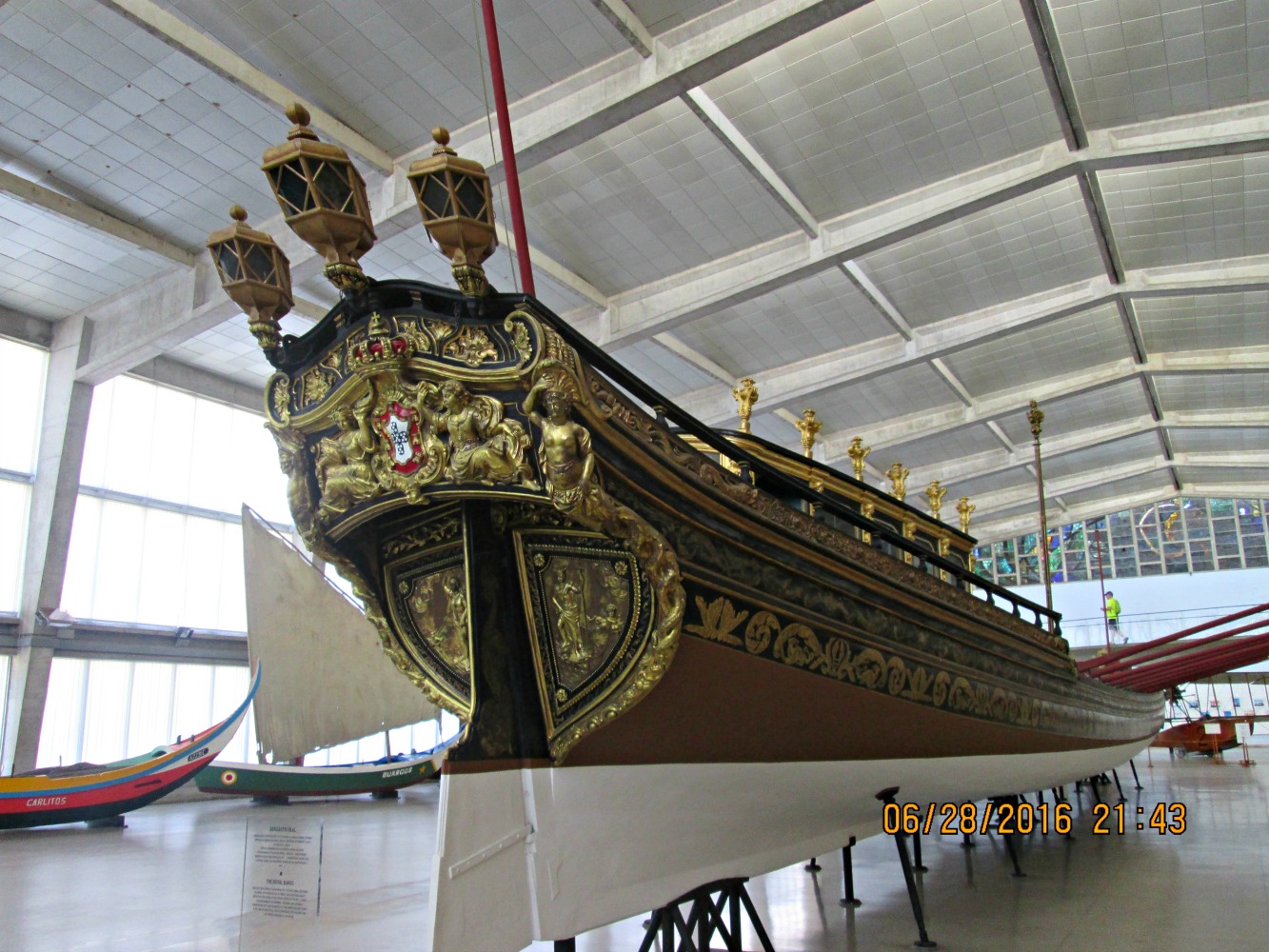 He considered checking out this Spanish (well, English) galleon from the ship library to accomplish his task of returning the pearl but realized he'd forgotten his ship library card at home. 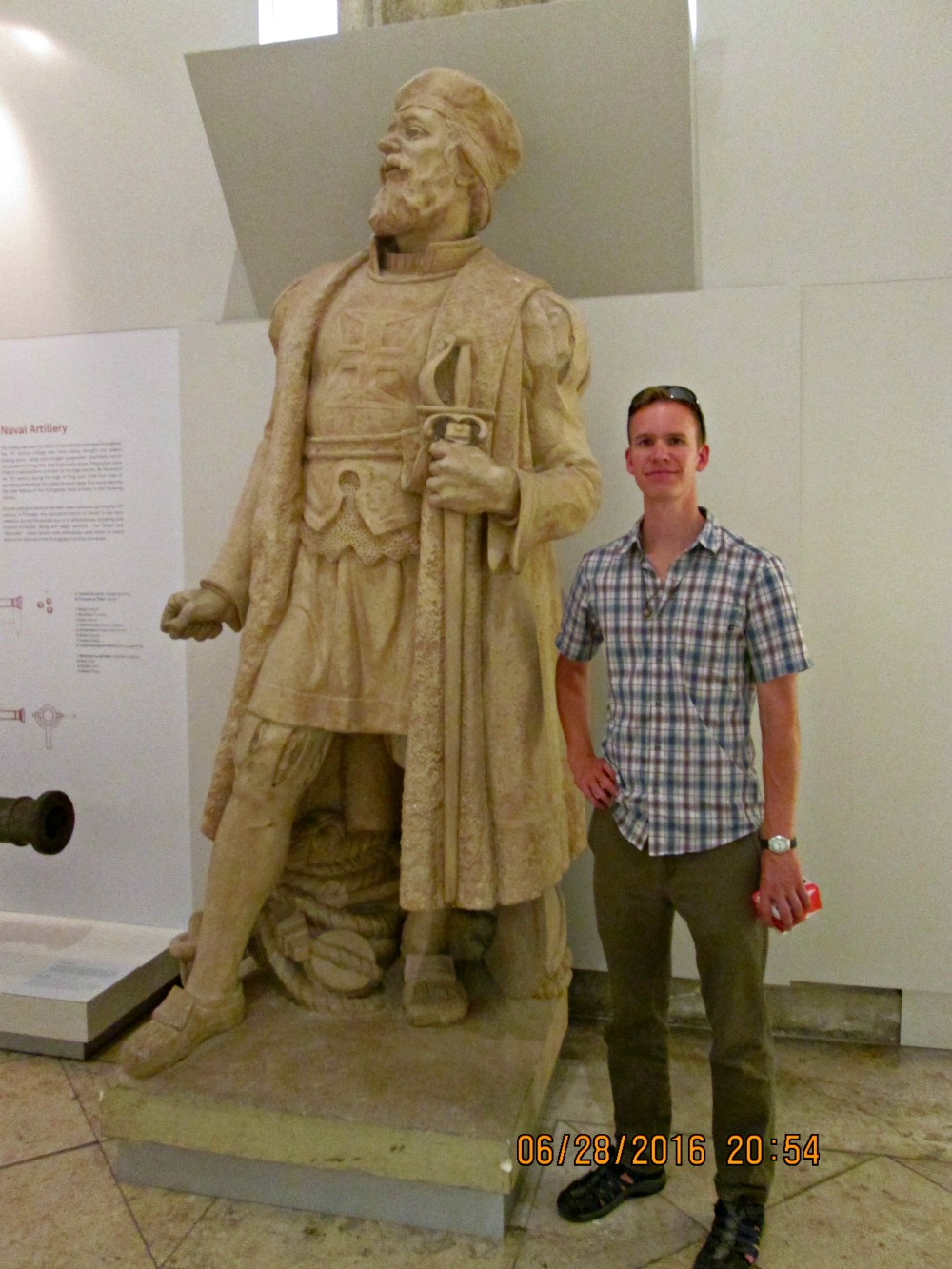 As he inched his way through the streets of Lisbon to the owner's destination, he spotted the Portuguese Interpol Police searching the museum, so Johnerik, once again with cunning and skill simply posed as Vasco Da Gama's ship boy, narrowly escaping the notice of the PIP. 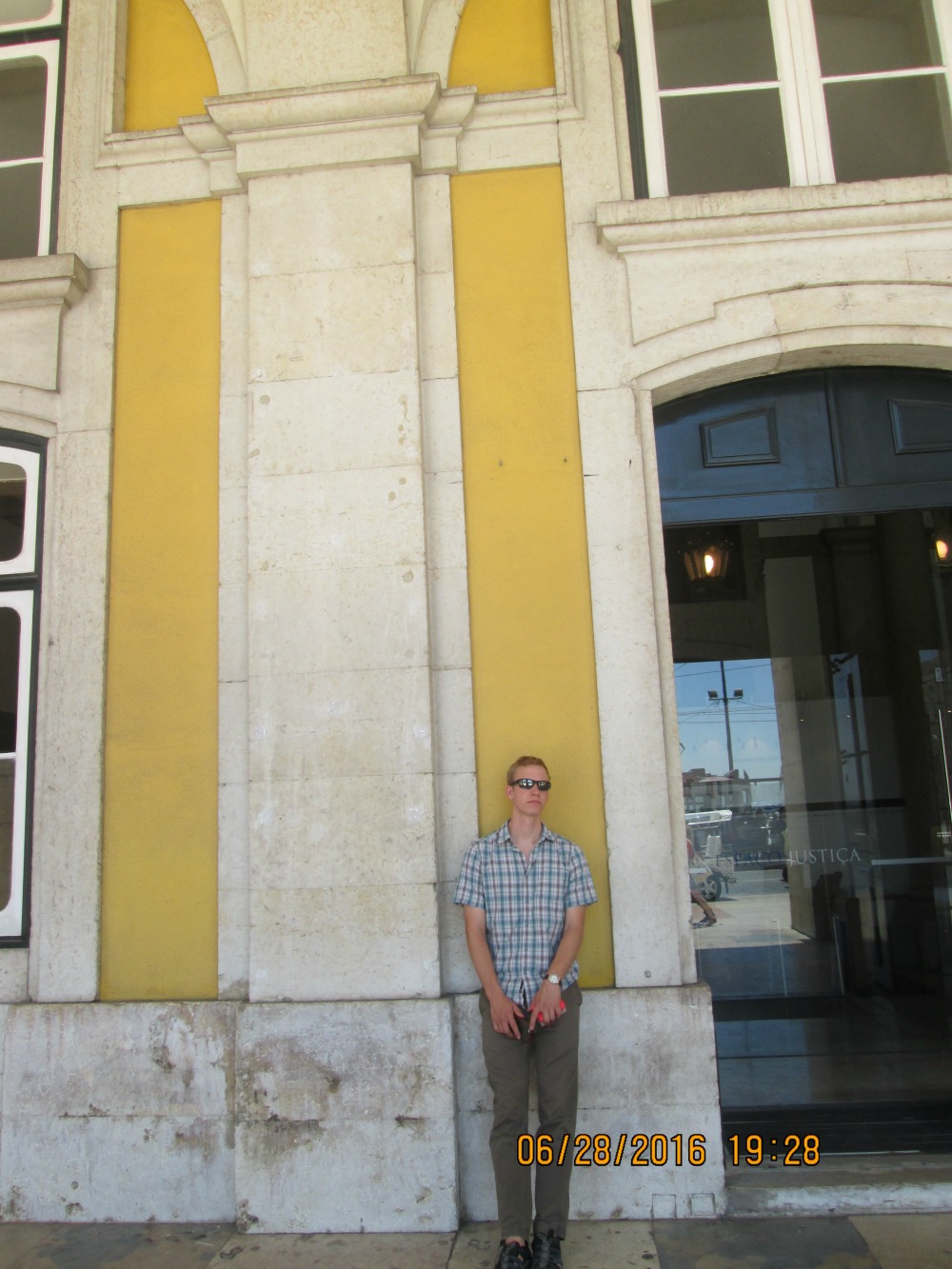 Again, inching his way through Lisbon, he stopped to check out the area and make sure it was safe for his final lunge of the mission. 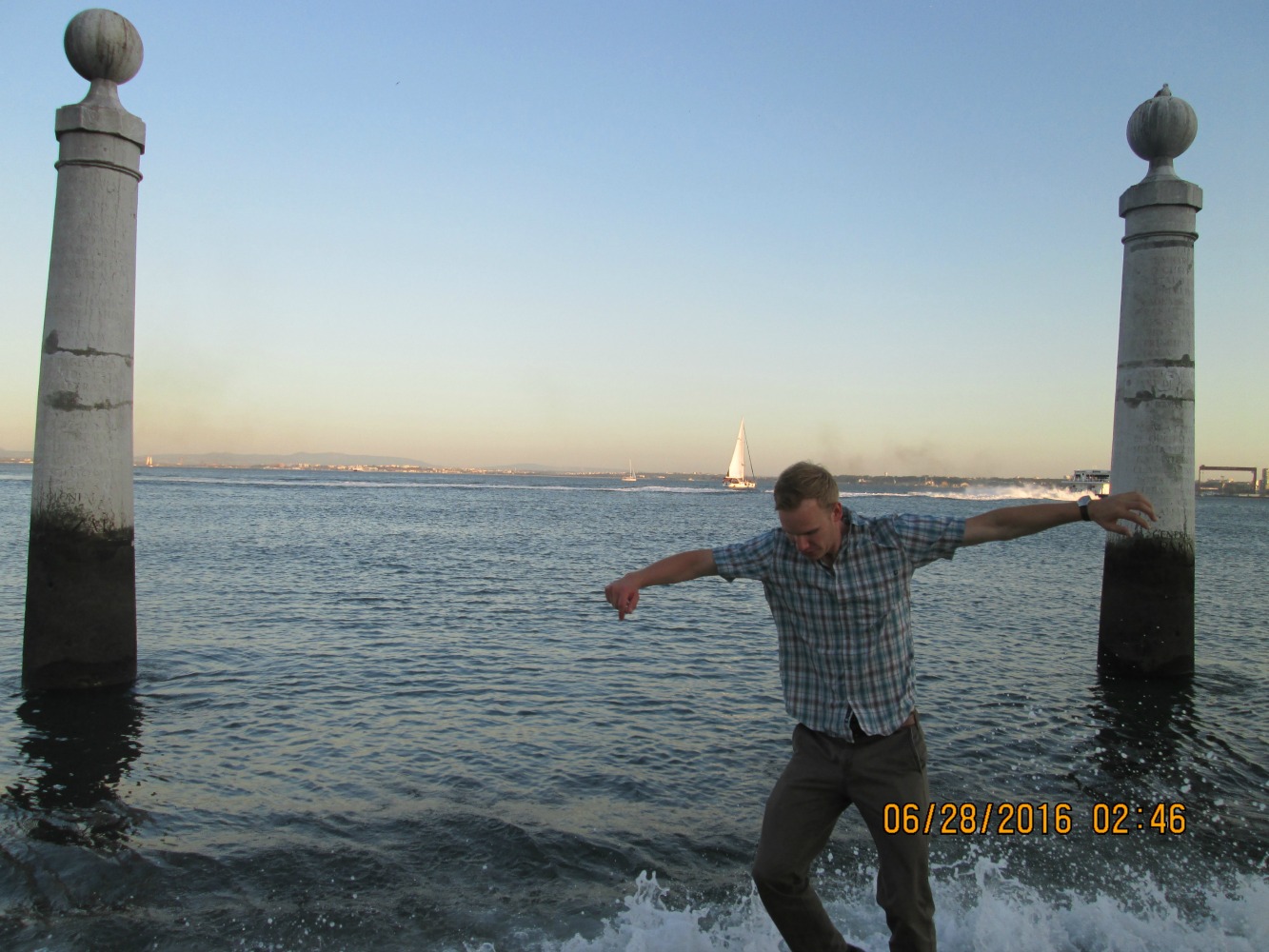 Now, to get out of town quick! Hum, I wonder if there are PIP in Sines?