Pictures of Jesus from Mosaics in Hagia Sophia Istanbul

Unique pictures of Jesus from ancient Byzantium, afterward called Constantinople and now called Istanbul on the Bosporus Sea and divided by two areas..Asia and Europe.

Great ferries transfer people from one side to the other..or they cross on a long bridge. Either way, many locals and especially tourists make their way to the Hagia Sophia which is called Ayasofya in Turkish and also referred to as St. Sophia. 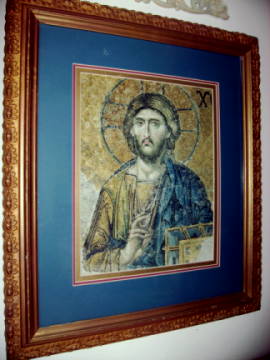 
Our son, Ethan, took his own photo of this famous mosaic of Jesus and I now have it framed in my bedroom.

The pictures of Jesus are in the Hagia Sophia, an ancient and I mean ancient (constructed in the years 532 to 537) church near the Bosporus and Golden Horn in Istanbul. This colossal feat of architecture was the largest single enclosed space for 1,000 years. 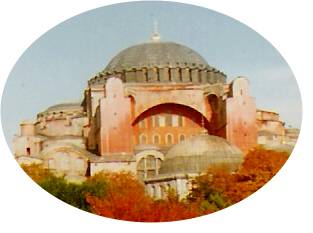 
It was lavishly decorated with mosaics. Even after seeing the Hagia Sophia three times I did not realize the former beauty until my aunt Denise's funeral in Minneapolis. Funny connection you say? Yes, it is.

Her funeral was in a chapel that was patterned after the Hagia Sophia. This chapel is breathtaking! I even forgot to notice long lost cousins before the funeral...I was so stunned by the beauty around me.

Only after seeing this chapel did the importance of the mosiacs and decorations of the Hagia Sophia begin to soak in to my brain.

Now, I could almost cry as I think of the lost beauty and treasure that is missing from the present day Ayasofya (Hagia Sophia in Istanbul)...only remnants can now be seen of the once gorgeous adornment of this gargantuan structure.

Enjoy these pictures of Jesus to whom this enormous church, the Hagia Sophia, was dedicated.

Since the Ayasofya has experienced being a mosque and is presently a museum.

Do not miss this treasure if you get a chance to see it! 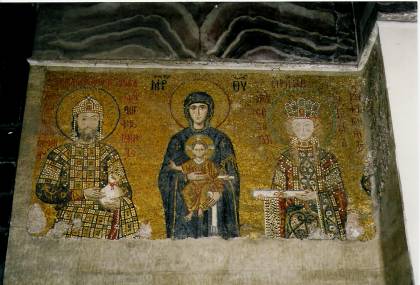 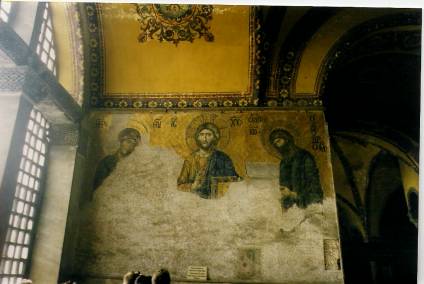 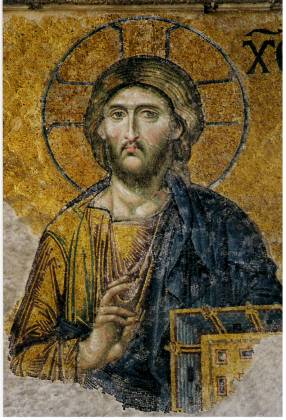 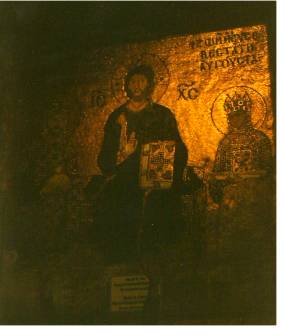 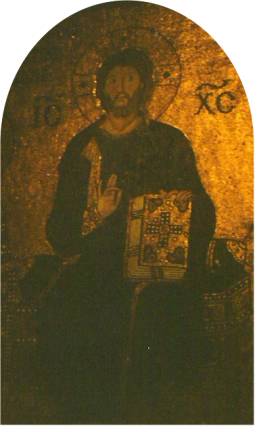 Mosaic of Jesus in Hagai Sophia 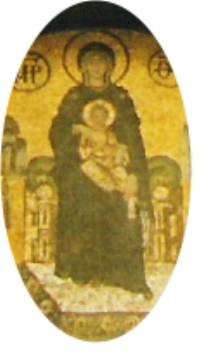